8月 02, 2015
We often conceive of the Trojan horse as a story of courage and trickery, but buried there too is a darker aspect. Cassandra, the princess of Troy, embodies the character of a classic Greek tragedy as she struggles against her own unalterable fate.

As the royal heir to the city of Troy, Cassandra got her prophetic ability from Apollo, who offered the beautiful princess her prophetic flair in the hope of sleeping with her. When she refused his advances, Apollo was enraged and took away her ability to make people believe her prophecies.

As the fighting broke out in Troy, the combination of an ability to see the future and an inability to convince people of what she saw, made a perfect recipe for a cursed fate. Well aware of the soldiers inside, Cassandra tried in vain to persuade her countrymen not to bring the wooden horse within the city's walls – and hence the famous consequence. Not only was she unable to convince her fellows of what was about to happen, it is also easy to imagine that she was treated by her compatriots as a lunatic.

While most people would find themselves empathizing with Cassandra's tragedy, there are in fact many Cassandras in the real world. Every now and then, we hear of religious fanatics claiming the Judgment Day has arrived, or that an UFO is coming to save humanity. So far, each prophecy has failed (at least to my knowledge), and I would contend that most of these believers are treated in a similar way to Cassandra – the only difference being that these have proven to be “false Cassandras”. Eventually, it seems rational not to believe in any claims of Armageddon, or even correct to regard these believers as out of their mind. However, what if this is the story of The Boy Who Cried Wolf?

This brings us to the debate on climate change. I don’t think it is much exaggerated to draw a parallel between climate change and the Christian apocalypse. Both refer to an imminent disaster which we must understand and act upon to survive. While Jesus and his apostles are the spokespersons for the Christian faith, we have renowned intellects like James Hansen and James Lovelock who preach the threat of climate change. While some people will dismiss this analogy as the latter is based on scientific evidence, I think the two are more alike than not for one very important element – the uncertainties in prediction.

As for the exact timing of the Judgment Day, the Bible says “no one knows, not even the angels of heaven, nor the Son, but the Father only (Matthew 24:36).” On the other hand, even though climate change scientists have been calling attention to imminent threats such as sea level rise and the melting of Arctic icecaps, it is difficult to make precise forecast because of statistical uncertainties in climate science. This points to one crude reality – i.e. the limit of natural science, or specifically, the limit of inductive logic in scientific research.

With this in mind, you can see why I say climate change believers are similar to religious devotees. The problem of inductive logic is that we can never say for certain whether something is going to happen, but only estimate with a certain level of confidence about its probability. Under this premise, in the end the climate change debate can boil down to a belief. And that poses a big problem for environmentalists.

Make no mistake – I do not mean that climate change is fabricated or that I don’t believe in it. However, the subtle, uncertain nature of the problem, not to mention its political, social and economic ramifications, makes it difficult to convince the majority of people of the issue's severity. Although I can easily get assurance within environmental cliques, once I reach out to the general public in my city, Hong Kong, I find it hard to bring them to serious attention on the topic. 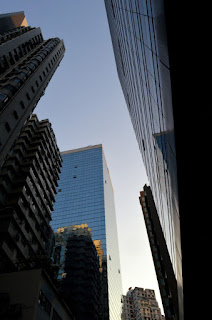 People may have heard about climate change or even sympathize with our environmental efforts, but I can see they are not emotionally engaged with it. It is easy to tell from people's topics of conversation: they worry more about housing, employment, the economy, their marriage and raising their children, while climate change is hardly on their radar. This concrete city, lacking farming, grazing and industries that depend on natural resources, alienates people from the global environmental challenges we are facing. As they pay attention to other aspects, they seem unaware of the ways in which environmental wellbeing relates to their top concerns. For example, the rise in food price can be partly, though not fully, attributed to natural resource depletion, pollution and climate disruption.

Cassandra, our doomed princess, ran through her war-scorched palace in search of a credulous soul. She reasoned with her citizens then shouted, shook them and cried from fear, but to no avail. She had seen her city in flames, but all her pleas were met with stone-eyed dismissals. In a similar vein, the resistance to acknowledge the threat of climate change frustrates me. Although I am rarely shunned when I talk to people about this topic, the ease with which people brush off the topic leaves me thinking of an old city brought to ashes.

Perhaps only time can tell whether our climate change “prophecy” is exaggerated or not. Nonetheless, we cannot afford to err on this. A false alarm is certainly not desirable; but a miss could entail an irreversible, uncontrollable global catastrophe. We have to understand that there is a strong emotional tendency for us to disregard such an alarm, because acknowledging it means we have to make substantial changes in the lifestyle to which we are accustomed. Unfortunately, the reality of our global environmental crisis does not depend on whether we want to believe it or not. I hope that every one of us can reflect on where our daily decisions stray into denial behavior. As with many difficult decisions in life, facing reality is a painful yet necessary step in moving towards solving the problem, or at least adapting to it. Only by looking directly at the problem can we escape the tragic fate of Cassandra.