HSP - have you heard of this latest trend in psychology yet? 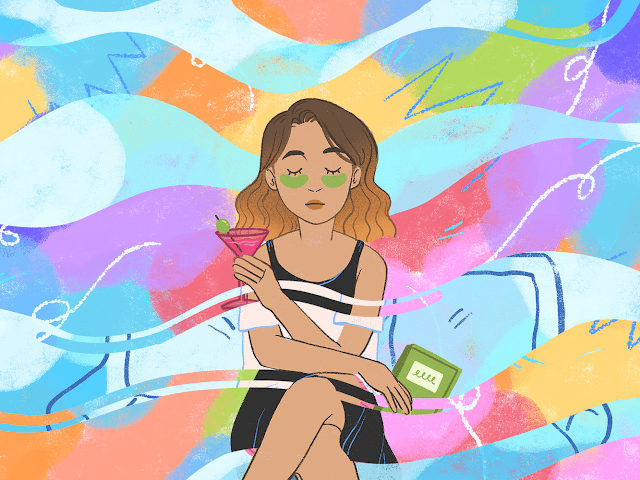 HSP, a novel concept that might still seem alien to many people. Perhaps someone will associate it with ESP (Extra-Sensory Power). Indeed, HSP can be related to this in some way - first coined by psychologist Elaine Aron in the 1990s, HSP stands for Highly Sensitive Person/ Personality which, as it name suggests, refers to someone who is very sensitive to external stimuli such as sound, light and smell etc. As such, they usually prefer tranquil environments, are more readily startled by sudden sound, made uncomfortable by strong lighting, and likely to avoid confronting situations. Moreover, they are prone to take more time to make decision and accept new things, and require more down time after a hectic day. Another synonymous term is SPS (Sensory Processing Sensitivity), which is in turn different from the clinical diagnosis Sensory Processing Disorder (SPD).

According to Dr. Aron’s findings HPS is a strongly genetic trait, so there is little room for argument in the nature-nurture debate. She found that about 20% of the population in a variety of species exhibit this behaviour - perhaps a dynamic equilibrium for the best survival strategy of the species somehow related to the game theory. On the other hand, HPS is closely linked to introversion but not exactly identical. As research suggests, up to 70% of the HPS people are introversive. By the term “‘introversive” we mean a person who prefers to spend time in solitude, which does not necessarily mean he or she will feel uneasy in a highly stimulating environment; on the contrary, some HPS's like to spend time with people, only to feel overwhelmed in a noisy or crowded setting. There are subtle differences between the two personality traits.

HSP is still a pioneering concept that even the circle of my psychologist friends have yet to hear about. Nonetheless, thanks to the affirmative movement of introversive personality, it seems there is a similar campaign for HSP in the making. Why the affirmative movement? Because in our contemporary society, we often praise the extroversive, aggressive, outgoing “party stars” (For more discussion on introversion, I highly recommend Susan Cain’s Quiet). On the other hand, the silent, reserved, book-loving nerds are usually shunned as aloof or even weak, prone to anxiety and depression. In a sense, highly sensitive people are indeed more susceptible to mental health problems; however, just as every coin has two sides there are pros and cons to being an HSP. Although HSPs are more “neurotic” as manifested in their Big Five Personality matrix, they also carry significant merits - they are more thoughtful, discriminative to sound, smell and touch, have stronger sense of aesthetics, and are more empathetic with higher conscience. In other words, both HSPs and non-HSPs have their own strengths and weaknesses, but in our sensation-seeking, speed-praising, eyeball-catching society, the mainstream culture seems to unequivocally tilt towards one side of the balance. As a result, I believe there is a need to promulgate this concept in our society, and advocate some changes to cater for HSPs.

As an HSP myself, I had the eureka moment right after I learnt about this. I suddenly come to terms with circumstances that had been puzzling my whole life - why I am averse to packed and noisy places (e.g. Mongkok) while others crave for them; I cannot get my head around how others can “enjoy” the crowds on Christmas, New Year’s Eve or Chinese New Year flea market; a party with a large group of acquaintances is never my cup of tea, not to mention the thumping dance music at discos and pubs. It is not hard to imagine the agony such traits, undesirably regarded as “timid, reserved, pathetic” by our teenage peers, would have brought to an adolescent during this bitter period. Fortunately, I can finally be at peace with myself after this awakening. On the other hand, I am really into creative arts like writing, music, photography and drawing etc. I also like soothing songs and sophisticated movies, or enjoy a deep conversation with a few close friends in a tranquil setting, as well as appreciating the beauty of nature.

I believe in the past people would use the word “quiet” to describe people with such attributes (if not to convey a negative connotation). In the future, however, “highly sensitive” might be the more scientific and appropriate term. Therefore, I believe our society, especially the education sector, should understand and promulgate this concept more, much like the way we promulgate the concepts of autism, dyslexia and ADHD. This is not to discriminate against these people per se. Just the opposite, by appreciating the physiological basis of this phenomenon, we can teach HSP to accept themselves and embrace their own attributes, let them pursue their strengths and choose careers which match their personality. This is what the whole HSP campaign should be about - to create a more inclusive society so that people with different needs can thrive in it.

Tabula rasa*, romantic as it sounds, does not live up to the test in reality. Not only does it fail to eliminate inequality, it does more harm by distorting our very own nature. Time for us to scrap this hoax altogether.

*Tabula rasa is the Latin word for “blank slate”. It denotes the notion that everybody is born without predisposition towards good, evil or other attributes. Behaviourism followers later take this concept to the extreme and assert that all individual variations observed in humans are purely due to acquired experience. Hence they only emphasise on behavioural modification without any regard to the inherited differences. This has caused much tragedy to our society.